If you’re as excited by sea life as much as we are, Tin Can Bay makes for a great morning out! Travelling up the east coast of Australia we were yet to see dolphins, though we’d heard from a few people we might see them in the area. Then we were told about Barnacles at Tin Can Bay. It’s a small cafe and wildlife sanctuary, where between the early hours of 7am to 8am a handful of Australian Humpback dolphins from a pod in the bay make they way to the shore for a morning snack and adoring fans.

Sunrise on the Road

As we were coming from Hervey Bay, we had to get up pretty early to make sure we were there in time. We sleepily rolled out of bed around 5am to be at the sanctuary for as close to 7am as we could muster. If you arrive a little later it won’t matter too much. Once you get there it only costs $5 to go in, where you’ll be able to stand in the water and see the beautiful creatures at close range. The sanctuary is run by volunteers, who rotate the groups in the water so everyone gets too see the dolphins up close without overcrowding them. 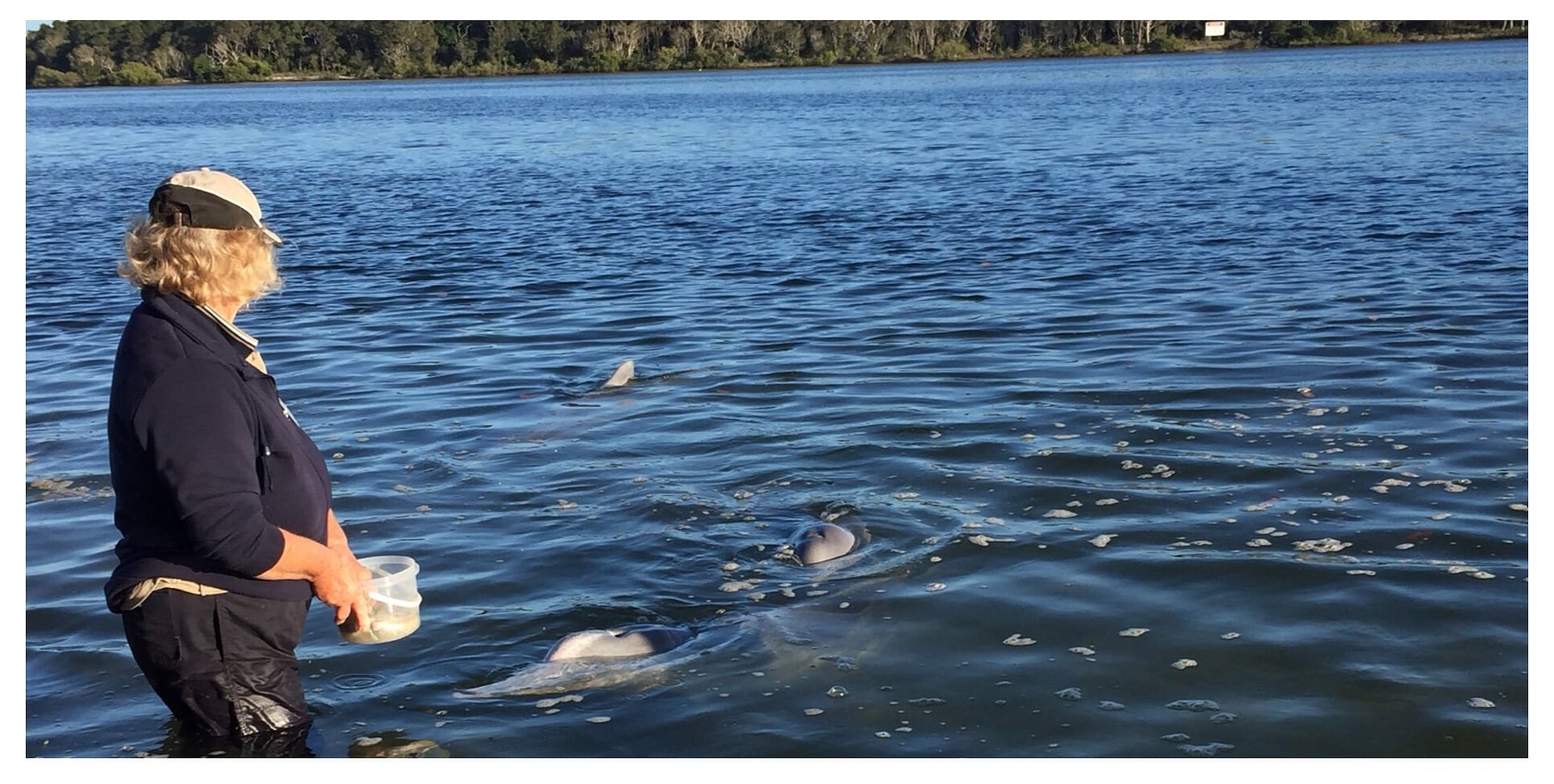 You walk in up to around your knees – so we recommend shorts, or something you can roll up! – and there they are, swimming just a few feet away from you. We were lucky enough to have two females visiting, one with a 15 month-old calf and the other with a calf just one week old!! It was so small and incredibly playful, jumping on top of its mother and swimming underneath her. It was a very special experience, and our efforts at an early start had been rewarded. 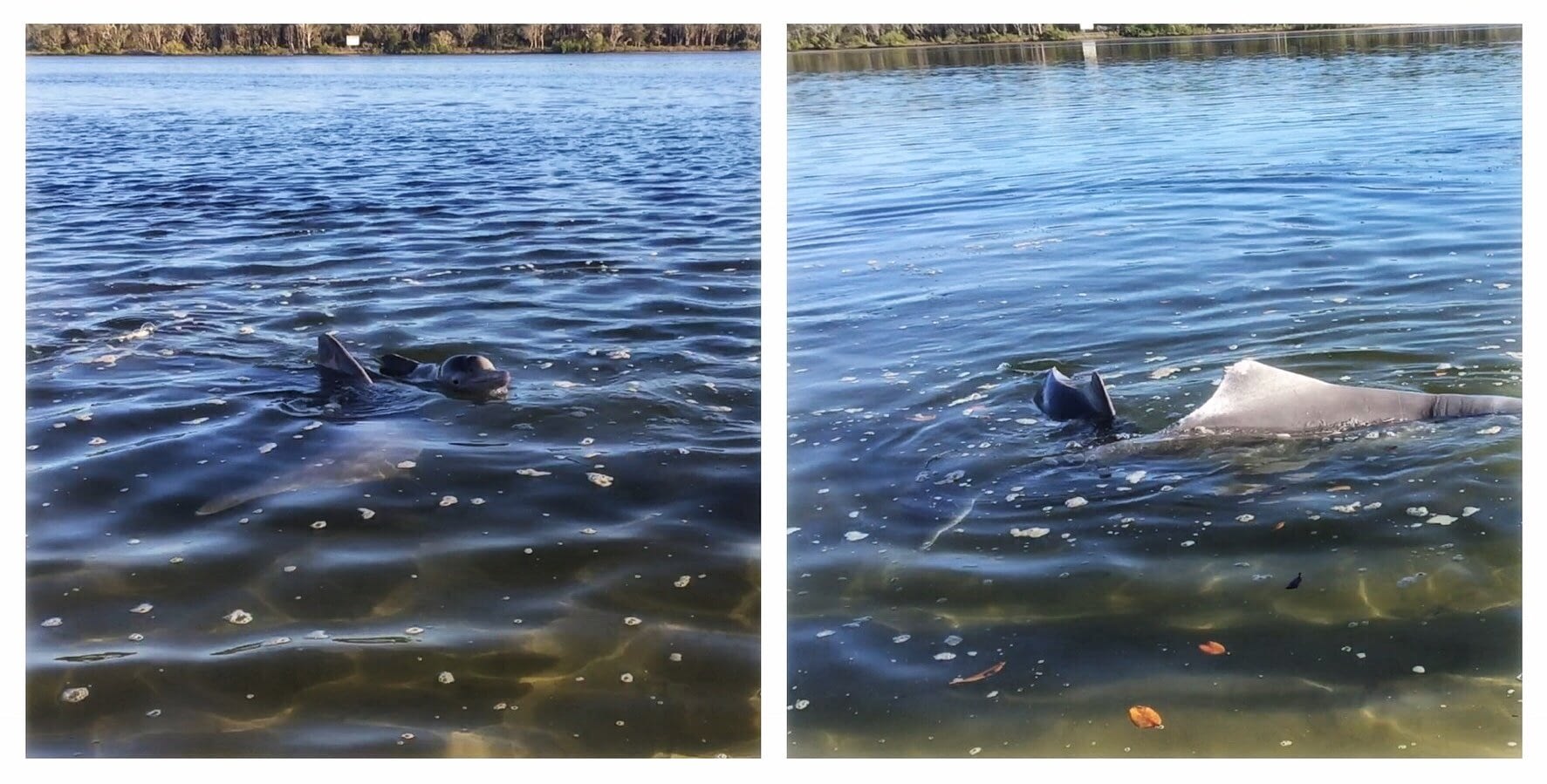 Afterwards those who want to get to hand feed the dolphins one on one in the water. For just $5 extra it’s a brilliant experience. The sanctuary limits the amount of fish given to the dolphins so they do not become dependant on humans. They are also careful not to touch the dolphins and ensure all visitors follow correct protocol when in the water. 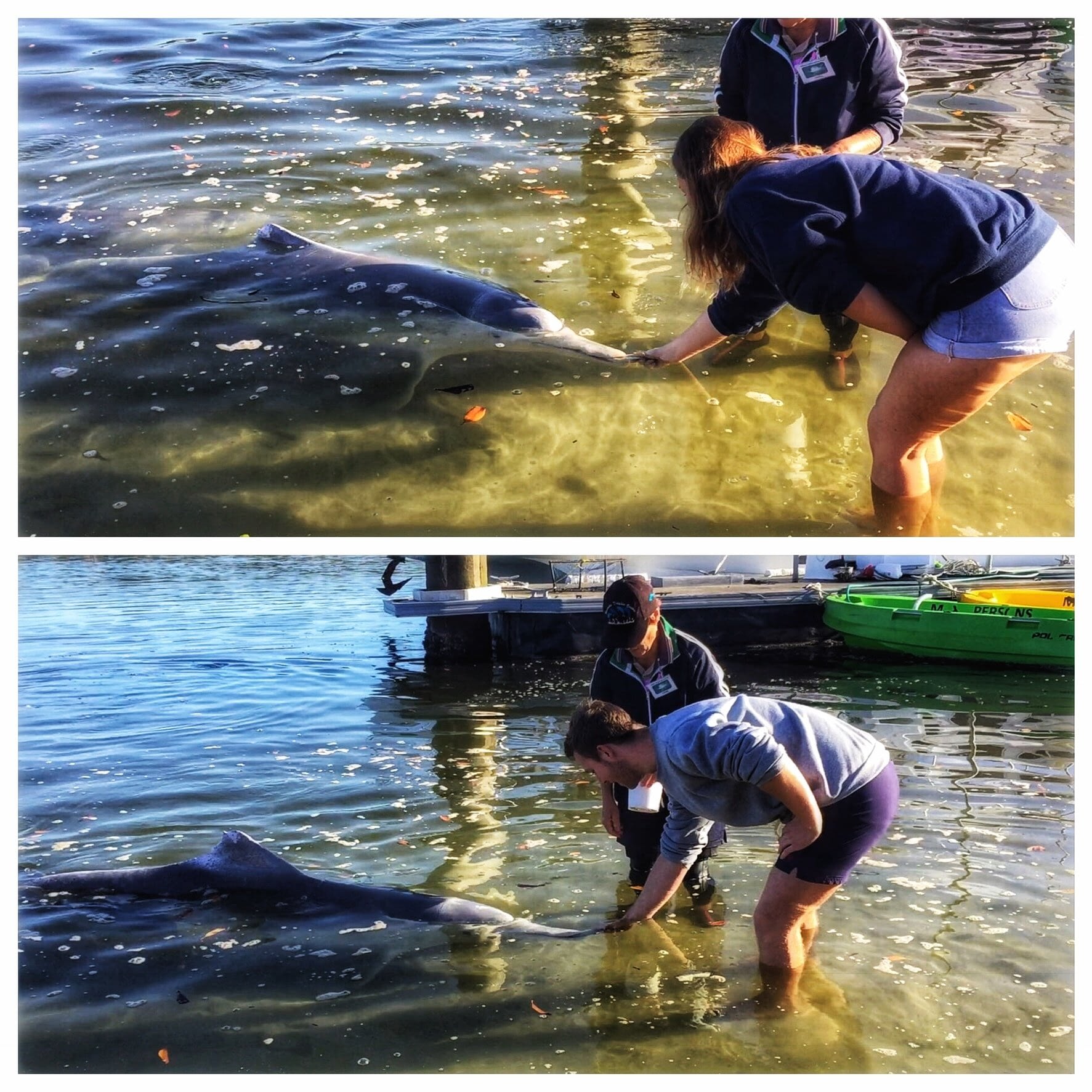 Barnacles is also a cafe, and if you’ve read our earlier coffee shop blog you’ll know that’s a big plus for us! We couldn’t resist a hot drink for the ride home, and I have to say their chai lattes are exceptionally good. 😍☕️

If you’re looking for more sea life or something a little closer to Woolshed and Hervey Bay, you’ll be pleased to hear that whale season is nearly upon us! Hervey Bay is the perfect place to see these spectacular creatures. It is in a unique position, where the protection offered by Fraser Island creates a warm haven for whales travelling south with their calfs, without the threat of dangerous predators.

Already you can see spouts of water and splashes out in the bay, as the first few whales have made their way down. Whale-watching tours usually begin in July. Large numbers inhabit Hervey Bay and you get the best chance of seeing these magnificent creatures. Head to Woolshed Backpackers to book a tour, and make sure you don’t miss out on this awesome experience!

1 thought on “Dolphins and Whales Galore!”